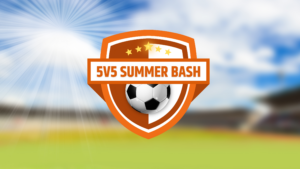 South Side Youth Soccer (at Youngsville Sports Complex) will be hosting its first 5v5 Soccer Summer Bash. A 5v5 tournament over the summer! Our Tournament welcomes all players born in 2014 or before, up to and including adults.

All age groups are divided by birth year, not school year. All age groups are separated by gender. In some age groups, we will combine two birth years so more teams can be formed. If we do not get enough players in a particular gender or age group to form FOUR TEAMS, teams will not be formed in that age group for the tournament and fees will be reimbursed to the registered Captains.

We will have an Adult division as well and depending on registrants we may also have an over 30 yrs old and over 40 yrs old division.